If you consider yourself an audiophile that bothers to do some research before buying a new pair of in-ear-monitors (IEMs) or headphones, chances are that you have come across the term ‘Harman Target’. So what exactly does it refer to? When any product description or review draws reference to the Harman Target, what it is actually describing is headphone or IEM’s frequency response. Frequency response in an audio system describes the magnitude of a signal in relation to the range of frequencies between a human’s hearing range (20 Hz to 20 kHz). In reality, our hearing does not typically extend up to 20 kHz (especially as we get older) and bass frequencies below 40 Hz tend to be felt more than heard.

The Harman Target Curve is becoming known in the industry as a benchmark of headphone sound quality. It came about after years of research effort led by Sean Olive (Harman International Industries, Inc). Harman is a subsidiary of Samsung Electronics that markets its products under several brands such as AKG, AMX, Becker, Crown, Harman Kardon, Infinity, JBL, Lexicon, dbx, DigiTech, Mark Levinson, Martin, Revel, Soundcraft, Studer, Arcam and BSS Audio.

How it All Came About 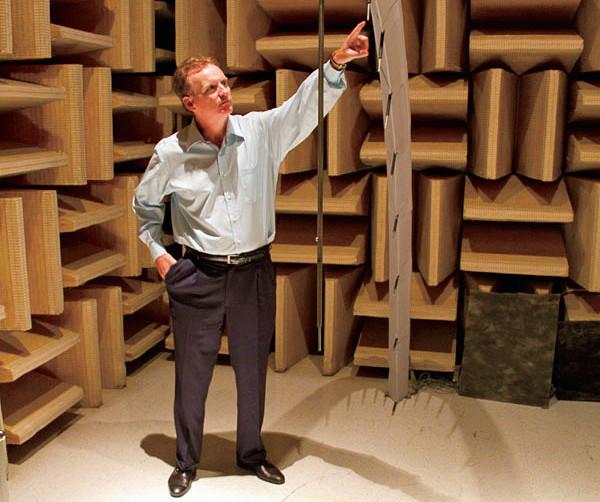 The story began when Sean and his team were evaluating over-ear and in-ear headphones. They found out that there was no consistency in sound quality between brands or models. They also discovered a few distinct trends in terms of the listeners’ preferences, hence leading them to investigate and define the ideal headphone target response that would satisfy the majority of listeners. The Harman Target Curve mirrors the perceived tonal balance of an accurate loudspeaker in a reference listening room. They also created a measurement tool and model that accurately predicts listeners’ sound quality ratings of a headphone based on how much it deviates from the Harman Target Curve.

Prior to Harman’s research there were two schools of thought regarding headphone target response. The first was the free-field (FF) target response, where the headphone should match that of a sound source located where a conventionally positioned stereo loudspeaker would be. Subsequently, in the 1980s, FF was successfully challenged by the work of Günter Theile which identified the diffuse-field (DF) response, as experienced in a diffuse sound field where the sound has no particular direction. Of the two, the DF response dominated until Harman began re-evaluating the issue from scratch.

More About the Harman Target Curve

An important thing to note is that the Harman Curve is ever-changing. In 2013, when Harman generated its first target response for headphones its most obvious departure from the DF response was the low frequencies, which were shelved up below 200Hz, thereby mimicking the in-room response of loudspeakers in an acoustically well-behaved domestic space. Since then, Harman has generated two further iterations of this response in 2015 and 2017, where the low frequencies’ up-shelving and other features of the target response were similar but modified in detail. In 2017, a Harman target for IEMs was also released.

How is it Relevant?

So how is the Harman Target Curve useful? Not everyone has the luxury of testing out multiple audio products before buying. And especially in a world where convenience is key and it’s increasingly common to purchase things online, the Harman Target Curve can easily be used as a rough gauge to determine the probability of you liking a pair of headphones or IEMs.

While simple and convenient to use as a rough gauge, the preferred headphone or IEM frequency response of an individual will still vary depending on several factors:

As mentioned, although the Harman Target may be able to satisfy the majority of listeners, it won’t be perfect for everyone. We believe that some degree of personalization is necessary to satisfy all listeners.

Tags:
Posted in News By

You have no items to compare.